After five and a half years of service, my time at Roux at Parliament Square has come to an end.
it has been an amazing time of my life, not only as a Chef but a person also.

I started Roux in July 2013 as a commis chef and quite quickly jumped through the ranks, Demi-CDP to CD to junior sous chef to finally senior sous. This was a role for me that felt the most comfortable, I believe it allowed me to show my personality as a leader and also my creativity as a chef. To get to this Role at 24 I was really happy with.

My last day was quite emotional, it had finally sunk in that I wasn’t going to return to my comfort zone in 2019, instead, I am moving to Oslo to work at Maaemo, a 3 Michelin starred restaurant.

2018 for me has been quite a whirlwind post-MasterChef (2017)
I was lucky enough to be involved with a great bunch of lads from the show where we did various pop-ups at each other’s restaurants. alongside this, I was also organising fundraising dinners, as I was running the London marathon in April. training for the marathon wasn’t as plain sailing as I first thought when I signed up.
I picked up ITBS meaning running was off the cards for a couple of months. when the training resumed it meant finishing work at midnight, getting the trainers on and getting out there.
while juggling Work, training, pop-ups, fundraising I was also asked to be my brothers Best man at his wedding. such an honour for me, but that came with a lot of planning, stag do, suit fittings and of course a speech.

By May all of the above was over and normality was resumed meaning I had some time to myself. I then planned an internship during my summer holidays, this is when I went to Maaemo for the first time and decided if possible i would like to work there full time.
such a fantastic opportunity to learn from one of the best in the world.

2019, a year to focus on my career, myself and my running

I’ll be joining the team of Maaemo in early 2019

Need to prepare for the cold months in Oslo! 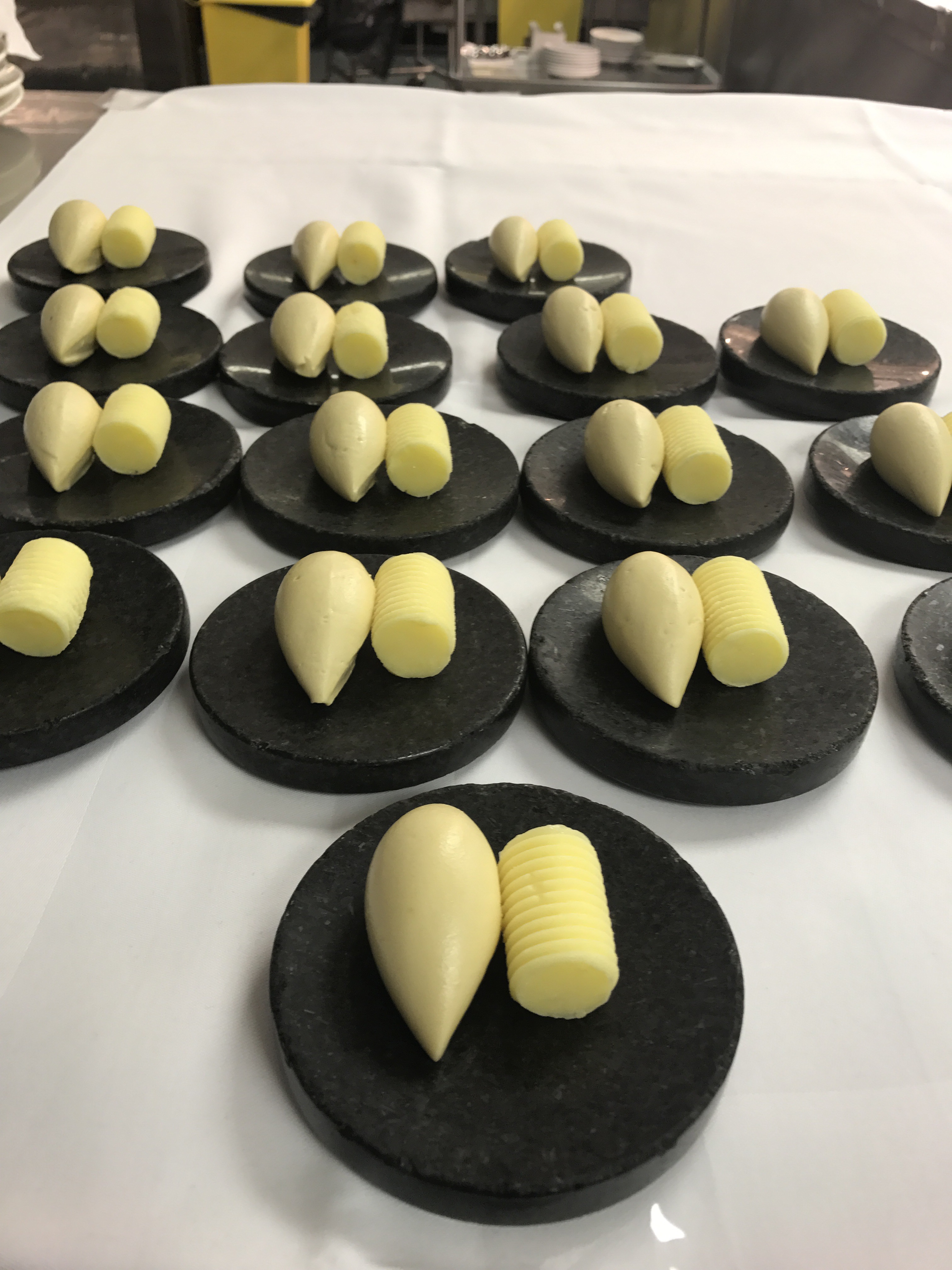 For us at the restaurant attention to detail is everything. The first thing you see as a guest is our bread and butter, very simple but done well can look impressive.

Here we have a caramelised onion butter that gets whipped per service in the pacojet, and the other is a ballontine of a salted ‘Lincolnshire poacher’

We serve 2 different style sourdoughs alongside the Butter.